Lobsters are being deformed by wind farm cables and being left unable to swim, a new study has claimed.

These deformities can also include disrupted eye development and the paper says that this resulted in the creatures being three times more likely to fail a swimming test – showing their ability to get to the surface to find food is impaired. 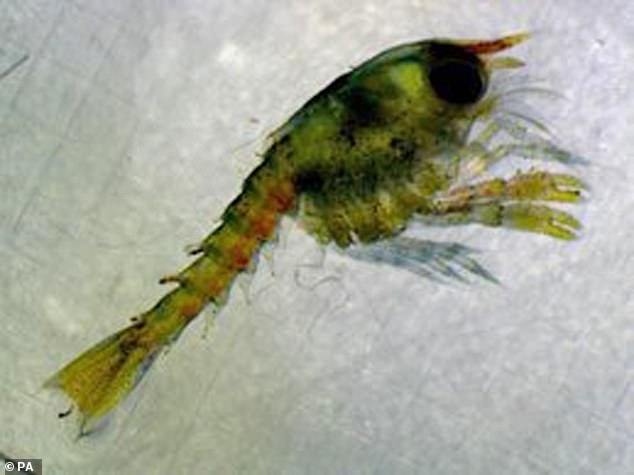 Bent tail sections were the most common deformity, according to Heriot-Watt University scientists

Researchers St Abbs Marine Station off the east coast of Scotland exposed over 4,000 lobster and crab eggs to electromagnetic fields in controlled conditions.

Dr Alastair Lyndon, a marine biologist at Heriot-Watt University, told the Telegraph: ‘Lobsters were more affected than crabs by the electromagnetic field, at least in the short term.

‘Both crab and lobster larvae exposed to the electromagnetic field were smaller, which could have an impact on their survival. Underwater, bigger means better able to avoid predators.

‘The electromagnetic field had a much bigger impact on the lobsters.

‘We put them through a vertical swimming test to check they could get to the surface to find food. The exposed lobsters were almost three times more likely to fail the test, by not reaching the top of the chamber, than the unexposed ones.

‘Lobster isn’t an endangered species but it is under sustained pressure because of its commercial value. 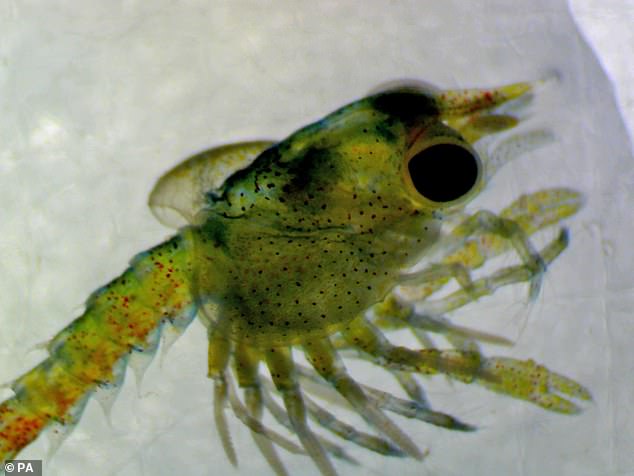 ‘We should be aware of the need to shield them from electromagnetic fields, particularly during early development, as well as monitoring their long-term behaviour and development, which also goes for crabs.

‘One potential solution is to bury the cables in the seafloor. This is already done for many marine renewable developments but can be expensive and difficult to maintain. It will be important to ensure its continued inclusion in the consenting process for future projects.

‘We must decarbonise our energy supply, but we must also ensure there are as few unintended consequences as possible.’

Petra Harsanyi, from St Abbs Marine Station, said: ‘Exposure to the electromagnetic field made the crab larvae smaller. While that hasn’t had an immediate effect, it does show that there’s an interference with their development.

‘It would be interesting to monitor this over time to see whether these crabs have long-term impairments or increased mortality.’

The claims come as a massive expansion of offshore wind has been planned to help the UK meet its Net-Zero carbon emissions pledge by 2050.

Researchers have advised that underwater cables be under the seabed to avoid impact on small fisheries. 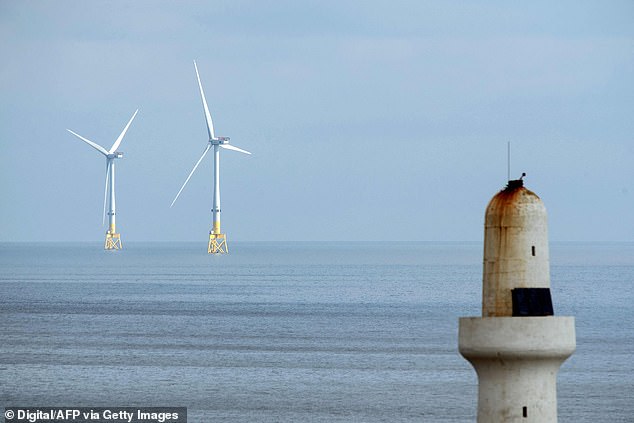 Plans focus mainly on wind farms in the sea, the plans are expected to include measures to increase production on land.

But the PM faces strong opposition to the plan from shire Tories, which could instead see the majority of turbines built in more remote areas like the Scottish Highlands.

No 10 distanced itself from a massive expansion in onshore wind, saying any expansion would require ‘community consent’.

One thought on “Lobsters Deformed”