by Ben Sylvester, The Standard

Source: https://www.standard.net.au/story/7607751/council-addresses-serious-allegations-raised-at-meeting/ (for subscribers only) 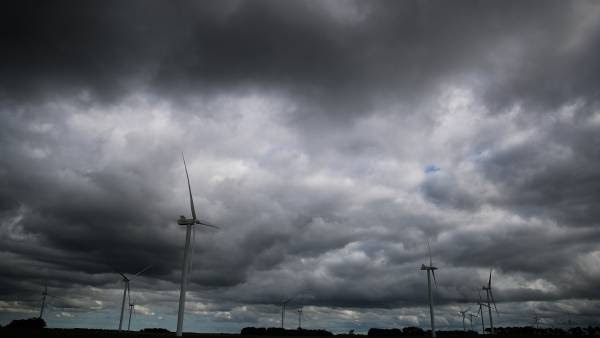 Moyne Shire Council has strongly denied “serious allegations” raised in emails from a resident regarding “secret” involvement between it and the Clean Energy Council.

The emails from Killarney resident Viva-Lyn Lenehan were raised by councillor Jim Doukas at Moyne Shire’s public meeting last week, with both he and Cr Damian Gleeson describing the matter as “serious” and asking council chief executive Bill Millard to investigate and issue a response.

In the emails, Ms Lenehan alleged the shire had asked the Clean Energy Council to help develop a “propaganda campaign” promoting wind energy in the shire.

The CEC is Australia’s peak body for clean energy, representing and working with renewable energy companies like wind power businesses to help grow the industry.

Ms Lenehan alleged that in response, the CEC set up a “secret” meeting to work on a strategy to promote wind farms in Moyne and change negative local perceptions.

The emails also addressed a number of questions to shire mayor Ian Smith, asking whether the council had approached the CEC to request assistance promoting wind farms in the shire, and whether the CEC set up a meeting to address those concerns.

In a written response to Ms Lenehan, Cr Smith strongly denied the allegations, asking her to retract them and publicly apologise.

Specifically, Cr Smith said the shire had not contacted the CEC asking for help promoting wind farms, and that the CEC meeting had not been set up in response to such a request.

The Standard has sighted the invite sent out to everyone who attended the meeting. The subject line reads: “CEC Industry group on Moyne Council concerns”.

The CEC declined to address any of the questions directly.

A spokeswoman said the CEC had “met with Moyne Shire Council, as we regularly do with all levels of government across the country, to discuss a range of opportunities and challenges in supporting renewable energy projects in the region”.

In response to questions from The Standard, Mr Millard said the shire did not request the meeting and no representatives attended the meeting. But emails show that at least one shire officer was kept informed about the meeting and the wind farm promotion strategy that emerged from it.

CEC director of energy generation and storage, Nick Aberle, who chaired the meeting, said the discussion revolved around building community support for wind farms and responding to wind farm opponents.

The Standard understands several prominent local opponents of wind farm projects were singled out in the discussion.

In her emails, Ms Lenehan alleged three people were specifically discussed as prominent wind farm opponents who should be undermined.

Dr Aberle – who only joined the CEC in mid-November – did not deny individual opponents being mentioned at the meeting but insisted there was “no smear campaign”. He said the CEC was a “highly reputable organisation” that did not engage in smear campaigns.

In last week’s council meeting Mr Millard emphasised he had had no personal contact with the CEC since the “first half” of 2021.

The Standard contacted a number of companies running wind farms in the shire to ask them about the meeting. Several sought to distance their companies from the meeting, either saying they did not attend, or that they did attend but had no intention to take part in further meetings or the resulting strategy.

Links below to the CEC membership list and rather lengthy code of conduct. As an industry body, CEC members are renewable energy companies, it is run by the renewable industry and is funded by them.